An Open Letter To Mohamed 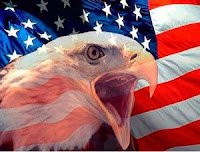 IF a young person seeks wisdom, knowledge & truth, and desires to share these gifts with others, that person must first be guided by a biblical quote:

You shall know them by their fruits. Do men gather grapes from thornbush, or figs from thistles?"

IF The Devil Is 'The Author of Deception' he will cleverly disguise his intention with marvelous gifts, enlisting the many nabobs of negativity that sit proudly in their leadership positions, and he will seduce the young...to Do His Bidding!

He Will Corrupt, using his vast wealth, to bend the Legislators & Journalists, and he will buy celebrities by the dozen. Do you know him?

He Will Manipulate International Currencies to multiply his wealth; and he will spend just enough to promote his image as a Great Philanthropist!

He Will Personally Fund...a vast electronic network, with a cadre of billionaires, and he will coax his puppet-minions to demonize his enemies.

These gullible followers will spew ridicule & reviles...like "neo-nazi, fascist, xenophobic-racist, imperialist war-mongers", etc... and he will influence and build huge impressive loyalties from within an unquestioning majority of these people with powerful Weapons of Mass-Deception.

He is Satanic; do you know his name? reb

So much has happened since my last post, so little time to write. Let’s start with the new and improved executive power grab. Timmy Turbo Tax is asking for the power to seize any private company whenever he determines it to be necessary. He also wants the power to regulate corporate pay. And now Barney wants to regulate the salary of any employee in any company that receives government assistance. If these things should happen, then the Sec of Treasury effectively becomes the most powerful man in the world. And remember, this is an appointed position, not someone duly elected by the people. Change we can believe in?

And then there’s Turbo Tax’s plan to ease the credit crunch. This is the plan that was supposed to be unveiled 2 months ago and is basically the same plan that Paulson initially proposed before changing his mind. We’re back to square one. He is asking for the private sector to invest in the bad paper that has caused all this mess, along with some gov’t help. Basically, a private company puts in 10%, the gov’t puts up the other 90%, the money will be aimed at buying up bad mortgage debt to free the banks and allow more lending. Sounds good on the surface, but with one big problem. Remember, Obama has spent much time hammering corporate executives for making too much money. Anytime a bonus is paid out on Wall Street, the recipient is brutally flogged by the media while Obama verbally abuses them for their greed. Thus the question: Why would anyone want to go into business with the government? Even with such attractive investment terms, a company who makes such an investment runs the risk of being demonized by the administration should they actually make money on the deal. Does this plan make sense to anyone?

If any company needs further insight on the consequences of dealing with Washington, then maybe they should chat with the folks at GM. President Obama is now apparently the de facto CEO at GM, since he executed a non-existent executive power to fire the sitting CEO. This is a first. The Supreme Court – which is supposed to step in whenever one branch of government oversteps its legal bounds – is nowhere to be found. Now Obama wants us all to take comfort knowing that the government will honor all GM warranties. Does that make give you more confidence in GM’s cars? I’d have felt more comfortable buying from GM before Obama became the new CEO, even if they went bankrupt. Regardless, they are still on my boycott list and no “come on down, we’re cutting prices to the bone” promotion from Obama will change that.

And now Obama is in Europe asking his fellow leaders to implement their own stimulus plan and to pledge more troops to Afghanistan. Neither will happen and Obama will likely return home empty handed. Why? Well, those other leaders may like Obama, but it’s clear to me they don’t respect him, and that makes a big difference. They don’t respect him because Obama has no bargaining power. With him in office, there will be no consequences for not cooperating with him. He’s too interested in being liked. This is different from Bush, who didn’t care about popularity. They may have hated the guy, but they respected him because he drove hard bargains and followed through on any threats of negative consequences. But at least the Queen has a new ipod, complete with copies of all of Obama’s major speeches.

You know things are bad when the European socialists are telling Obama that he’s spending too much money. And why would our “allies” commit more troops to a war on terror that doesn’t exist. This guy has become a master ventriloquist. He demotes the war to an “overseas contingency operation” against something other than enemy combatants in order to avoid “man-caused disasters”, which sounds more like a job for the Red Cross than the military. Now, he wants other nations to assist in these “overseas contingency operations” because we need more troops to fight the non-enemy combatants and prevent another man-caused disaster. This has me thoroughly confused, so no doubt the leaders of Europe feel the same way, which is probably why no one will help us.

And finally, his latest quest is to dump all nuclear weapons. Sounds great. I’m sure North Korea, Iran, Pakistan and all major terrorist organizations will line up to join the world in unified disarmament, lest we risk a major big-time man caused disaster.

Man-caused disaster? Come to think of it, there's probably no better way to describe Obama's first 100 days in office.