A Personal E-Mail from No Slappz!

The focus on the contents of the Koran misses the point. Both the Bible and the Koran are jam-packed with violence, war, mayhem, rape, murder, child abuse, terror, plagues, diseases and the wrath of angry gods. Moreover, both are works of fiction.

The difference lies elsewhere - where church and state are Not Separated.

Some Christians may claim the Bible has divine origins. Muslims say the Koran is the infallible word of their crazy god. If they were to keep their lunatic religion out of their governments, peace would break out all over the world.

But over the 1,400 years of islam's history, the two have been one, which means there's a military attached.

Unfortunately, Americans seem incapable of focusing on the islamic unity of church and state. We generally get tied up in silly debates about Freedom of Religion and Freedom of Speech, neither of which are permitted by islam -- the government.

If the US Government were to view islam as it truly is -- a conquering force aimed at imposing its ideology everywhere it can -- it would get the same treatment as a drug-dealing street gang. Mosques are Trojan Horses.

Consciously or not, Obama understands the islamic game. Meanwhile, he's aiding and abetting islam's worst goals everywhere on the planet. It seems Iran has fired up its nuclear plant. Fortunately, muslims are such towering technical incompetents that problems at the plant are inevitable. If muslims control it and operate it, an accident will occur.

The newest attempt to pretend the palestinians want to discuss peace is yet another Obama failure to come. Inasmuch as the ONLY solution palestinians will accept is one that moves all Jews out of Israel and dissolves the country, there's no chance Obama will broker a peace deal. Also, it seems the press has forgotten that Hamas is the elected government of Gaza and there is zero chance the government of Gaza is willing to co-exist with Israel. Thus, talks led by Abbas are meaningless.

Furthermore, if muslim atrocities truly concerned Obama, he would have said he was disturbed by the release of the Pan Am flight 103 bomber. If Obama felt the need to speak out about issues affecting the relations between muslims and non-muslims, rather than spout off about a mosque in Manhattan, he could have chosen the safe domestic political target of the stupidity of springing a mass murderer for bad reasons.

But no, like Bill Clinton on the obvious guilt of OJ, he has said nothing. In other words, he's showing some sympathy for this living muslim mass murdering terrorist in Libya.

Meanwhile, I'll bet Obama never attended a formal Christian education class like I did for Confirmation into the faith. Not that it matters much. But his hapless mouthpiece Robert Gibbs has said a few times "Of course he's a Christian", which makes me think the White House staff is scrambling for a way to document the moment Obama came to Jesus.

Earlier, I got a laugh. One critic said Reverend Wright's church was a black muslim operation in Christian drag. From what I've seen and read of Trinity Church and its leader, that sounds about right.

This is very disturbing. Please read the entire message!

These are troubling times. This was written by a woman born in Egypt as a Muslim. This is not heresy. Make sure you read the paragraph (in red) towards the end. 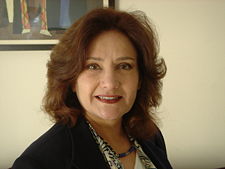 In the Muslim faith a Muslim man can marry a child as young as 1 year old and have sexual intimacy with this child, consummating the marriage by 9. The dowry is given to the family in exchange for the woman (who becomes his slave) and for the purchase of the private parts of the woman, to use her as a toy.

Even though a woman is abused, she can not obtain a divorce. To prove rape, the woman must have (4) male witnesses. Often after a woman has been raped, she is returned to her family and the family must return the dowry. The family has the right to execute her (an honor killing) to restore the honor of the family. Husbands can beat their wives 'at will' and the man does not have to say why he has beaten her.

The husband is permitted to have 4 wives and a temporary wife for an hour (prostitute) at his discretion.

The Shariah Muslim law controls the private as well as the public life of the woman.

In the Western World ( America ) Muslim men are starting to demand Shariah Law so the wife can not obtain a divorce and he can have full and complete control of her. It is amazing and alarming how many of our sisters and daughters attending American Universities are now marrying Muslim men and submitting themselves and their children unsuspectingly to the Shariah law.

By passing this on, enlightened American women may avoid becoming a slave under Shariah Law. Ripping the West in Two Author and lecturer Nonie Darwish says the goal of radical Islamists is to impose Shariah law on the world, ripping Western law and liberty in two.

She recently authored the book, Cruel and Usual Punishment: The Terrifying Global Implications of Islamic Law.

Darwish was born in Cairo and spent her childhood in Egypt and Gaza before immigrating to America in 1978, when she was eight years old. Her father died while leading covert attacks on Israel . He was a high-ranking Egyptian military officer stationed with his family in Gaza ..

When he died, he was considered a "shahid," a martyr for jihad. His posthumous status earned Nonie and her family an elevated position in Muslim society.

But Darwish developed a skeptical eye at an early age. She questioned her own Muslim culture and upbringing. She converted to Christianity after hearing a Christian preacher on television.

In her latest book, Darwish warns about creeping sharia law - what it is, what it means, and how it is manifested in Islamic countries.

For the West, she says radical Islamists are working to impose sharia on the world. If that happens, Western civilization will be destroyed. Westerners generally assume all religions encourage a respect for the dignity of each individual Islamic law (Sharia) teaches that non-Muslims should be subjugated or killed in this world.

Peace and prosperity for one's children is not as important as assuring that Islamic law rules everywhere in the Middle East and eventually in the world.

Peace and prosperity for one's children is not as important as assuring that Islamic law rules everywhere in the Middle East and eventually in the world.

While Westerners tend to think that all religions encourage some form of the golden rule, Sharia teaches two systems of ethics - one for Muslims and another for non-Muslims. Building on tribal practices of the seventh century, Sharia encourages the side of humanity that wants to take from and subjugate others.

While Westerners tend to think in terms of religious people developing a personal understanding of and relationship with God, Sharia advocates executing people who ask difficult questions that could be interpreted as criticism.

It's hard to imagine, that in this day and age, Islamic scholars agree that those who criticize Islam or choose to stop being Muslim should be executed. Sadly, while talk of an Islamic reformation is common and even assumed by many in the West, such murmurings in the Middle East are silenced through intimidation.

While Westerners are accustomed to an increase in religious tolerance over time, Darwish explains how petro dollars are being used to grow an extremely intolerant form of political Islam in her native Egypt and elsewhere.

In twenty years there will be enough Muslim voters in the U.S. to elect the President by themselves! Rest assured they will do so... You can look at how they have taken over several towns in the USA .. Dearborn Mich. is one... and there are others...

I think everyone in the U.S. should be required to read this, but with the ACLU, there is no way this will be widely publicized, unless each of us sends it on!

It is too bad that so many are disillusioned with life and Christianity to accept Muslims as peaceful.. some may be but they have an army that is willing to shed blood in the name of Islam.. the peaceful support the warriors with their finances and own kind of patriotism to their religion. While America is getting rid of Christianity from all public sites and erasing God from the lives of children the Muslims are planning a great jihad on America ..

This is your chance to make a difference...! Pass it on to your email list or at least those you think will listen..

THE ONLY THING WE NEED TO FEAR...
Is Public Apathy & Ignorance

Adding Insult to Injury, N.Y. City Mayor Bloomberg approves of this DAWA..This Call To Islam. It's a Victory Symbol, spitting in the face of the families that lost close relatives on that Day of Infamy.

It's past the day when we must strike back; No More..of this insane, idiotic behavior...We Shall Not Submit, Not Ever!

If You don't know about Islam, you must first inform yourself, then your family members. Read "The Grand Jihad" by Andrew McCarthy - Study It!

The Saga of Two Billionaires

Part I
This is the story of two unusual men, and their quest for uncommon wealth.

Bernie Madoff - He developed an elaborate "Ponzi Scheme", the most successful swindle in the annals of financial history. He accumulated 50 billion dollars, and Bernie used greed as his weapon of choice over his investors. Objective: Money. Shrewd old Bernie was convicted, and is now in prison for life.

George Soros - Uncle Georgie used an elaborate plan of trading in foreign currencies to amass his fortune, nearly bankrupting British banking, with a clever assault on the Pound Sterling. Then Soros spent a few million promoting 'gay rights' and 'easy access' to abortions in several European nations, before his political adventures in the U.S.A.

Analysis: A Super-Manipulator, and rude author of "The Bubble of American Supremacy" Soros spent countless millions promoting Al Gore in 2000, John Kerry in 2004, and finally succeeded by dropping Hillary Clinton, and endorsing Barack Hussein Obama in 2008.

Part II
The Saga of Two Minor Bloggers
The first person here is the anonymous WhyNot..and this nebulous creature created the 'no-holds-barred' Pourquoi Pas Blog, a naughty Parisian Oddity, that enjoys considerable success appealing to the negatives in human nature with banal techniques, using vulgar language & salacious quips. He carefully coaches his minions in the use of cute slur-words like "racist - fascist - and xenophobic" to generate hatred & confusion among followers as well as targeted victims. Mr "WhyNot" seems solidly Pro-Palestine--Anti-Israel.

Objectives? Who can say, other than to observe the negatives; it appears to be a bulletin- board for unhappy people that have no voice within a family unit, or in their community.

"Snake Hunters" -- An Info-Blog...designed to give this old man a chance to expound on and praise our Founding Fathers, the U.S. Constitution, and 1st Amendment fundamentals, and to Expose George Soros & SEIU Union Boss Andrew Stern... to Unaware Citizens.

A Challenge to My Detractors: Find, and Point to Any Nation with a "More Perfect Union", with Superior Laws, more Potential for Freedom to Pursue Happiness, a Decent Education, & a Good Job, and/or Opportunity to Build a Suceessful Business...than here in the United States. Find That Nation of Quality, so that we can carefully inspect this "Impossible Dream". - reb