SHAME ON THE NFL

by Marshall Frank on SEPTEMBER 29, 2017 in CRIMINAL JUSTICE, POLITICS & GOVERNMENT
Enough already!
We have critical concerns all over the globe; National health care, immigration, threats of terrorism, violent crime, possible war with North Korea or even Iran. The best that professional football players can do for their country is defy the American flag and turn sour on the very nation that have made them wealthy?
When sports icons use fame to disparage our nation, it makes me want to throw up. I am not alone, many millions feel the same, especially military veterans, disabled soldiers and their families, police and fire personnel, nurses and doctors and teachers, and many more who dedicate their lives to America.
NFL Commissioner, Roger Goodell, is an example of a tail wagging the dog. He and some  owners are so intimidated by multi-million dollar athletes that they cave under pressure rather than having the guts to take a stand on behalf of a nation that has paved their way to become millionaires.
Players are employees of organizations, as I was a cop for 30 years. Staff members work for organizations, not the other way around. I would never publicly denigrate or embarrass my employers, especially not while on duty. When players take the field and appear in uniform before eighty thousand people, they are representing their teams as employees. They are paid to perform athletics, not espouse politics. The organizations they work under should require compliance with rules and standards, or else find another job.
If Roger Goodell truly cared about his country, he’d call a sacrificial moratorium for one week without football and send his 1,700 players to Puerto Rico to help save lives and provide necessities to grief-stricken human beings who are suffering immensely. That, is doing something meaningful. Yes, I know they write checks and donate. But that’s the easy way out.
The players, led by millionaire quarterback, Colin Kaeperkick, are allegedly showing solidarity by protesting police brutality and discrimination toward black people. Really? This is a worn-out broken record, designed to spread Anti-American propaganda that is simply untrue.
Yes, a cop goes rogue now and then. But to suggest there is a systemic wave of cop hatred toward blacks is utterly ridiculous.  I assert that with thirty years personal knowledge.
In July of this year, a black police officer in Minneapolis, shot and killed a white woman in her pajamas trying to report a crime. Anyone hear about that?
When Michael Brown, a black youth, was shot and killed by an officer in Ferguson in 2014, another shooting took place the next day in Utah, where a black cop shot and killed an unarmed white man. Anyone hear about that?
Where is the sympathy and outrage over the five cops who were ambushed and killing in Dallas in 2016?  Or the two officers sitting in their patrol car in New York City in 2014, murdered. Thus far in 2017, 97 officers have died in the line of duty, thirty-three by gunfire.
The real problem is blacks killing blacks by the thousands, in Chicago, Baltimore, St. Louis and elsewhere, while the gutless mayors and governors of these arenas or murder try to redirect our attention elsewhere. Why aren’t the sports heroes of America joining forces in these crime riddled communities to establish education, skills, jobs, sports venues and music programs, and other avenues toward healthy living. They should be role models for kids, to save their lives, actually and figuratively. That would be meaningful, instead of making asses of themselves and calling it a “protest.”
According to the Justice Department, between 1980 and 2008 blacks accounted for 52 percent of murders, while representing only 13 percent of the population.  93 percent of black murder victims are killed by other blacks. There’s the problem.
Enough with the false propaganda. Let’s focus on real problems. If footballers refuse to publicly honor their country, they should be fired, immediately. It has nothing to do with free speech.
Meanwhile, the fans will be the ultimate judge.
Posted by SNAKE HUNTERS at 9/30/2017 09:28:00 AM No comments:

by Khadija Khan
(https://www.gatestoneinstitute.org/10968/women-islamic-law-multiculturalism)
In a recent landmark ruling, India's Supreme Court followed the lead of 22 Muslim countries -- including Pakistan and Bangladesh -- by outlawing the Islamic practice according to which a husband is able to divorce his wife instantly by uttering the word talaq (Arabic for "divorce") three times -- including by text or voice mail. The decision was not unanimous. A minority of the judges argued that banning "triple talaq" would be a violation of the Indian constitution, which protects religious freedom.
The majority of the judges nevertheless determined that "triple talaq" was actually "against the basic tenets of the Holy Quran," and "what is bad in theology is bad in law as well." According to the decision, the practice was in violation of Article 14 of India's constitution, which guarantees the right to equality.
The verdict was the result of a petition filed by five Muslim women whose "triple talaq" divorces left them destitute, all because of undue powers bestowed upon their husbands by radical clerics. The verdict was an enormous relief to them, and other women like them across India. Its broader message, however, needs to serve as a road map. And a warning. In the West, the supposed dangers of multiculturalism are still regarded as more important than human rights.
In Britain, abusive practices against Muslim women are still undertaken by Sharia Councils with impunity. These practices include "triple talaq," halala (a ritual enabling a divorced Muslim woman to remarry her husband only by first wedding someone else, consummating the union, and then being divorced by him) and iddah, a mandatory waiting period of three menstrual cycles before a divorced woman is allowed to remarry.
These Sharia Councils in the U.K. have been running unofficial parallel justice systems "everywhere in the country," performing weddings and decreeing divorces according to the strictest interpretation of Islam.
In spite a liberal marriage contract issued in 2008 by the Muslim Institute, guaranteeing equal rights to British Muslim women (including the banning of forced marriages) -- which was endorsed by the Muslim Council of Britain, the Islamic Sharia Council and other prominent Islamic groups -- virtually nothing has changed. Britain's Forced Marriage Unit reported 1,428 cases of forced marriages in 2016 alone. All Britain would need to do is enforce its own laws.
The U.K. is not the only Western country afflicted by and succumbing to such practices. In Australia, for instance, a self-appointed arbitration group called Sharia Mediation has been handling family disputes on issues covered by Australian law. In other words, as in Britain, Australia has a parallel Islamic legal system operating under its nose.
In the United States, as well, a body was established in 2015 in Dallas, Texas to arbitrate disputes among the area's growing Muslim population. Although this Islamic "tribunal" is said to issue nonbinding decisions -- and is being likened to Jewish rabbinical courts and Catholic tribunals -- its opponents fear it will mimic Sharia courts in the Middle Eastern countries.
In Canada, the practice has been going on for more than a decade. In 2004, the province of Ontario authorized the use of Sharia arbitration in matters of "property, marriage, divorce, custody and inheritance." The law enabling this -- the Arbitration Act -- was passed in 1991, to ease the "overloaded court system."
What supporters of this form of multiculturalism fail to realize -- or refuse to acknowledge -- is that the very existence of Sharia-compliant tribunals is not only a threat to modern justice, but necessarily abets the abuse of Muslim women, lack of equality, and the total lack of equal justice under law.
It is crucial for Western democracies to outlaw archaic practices that rob women and others of their rights, and to cease enabling these laws in the name of "religious freedom." In truth, justice is denied. India just took a stand in the right direction. Britain, Australia, the U.S. and Canada can and should follow. 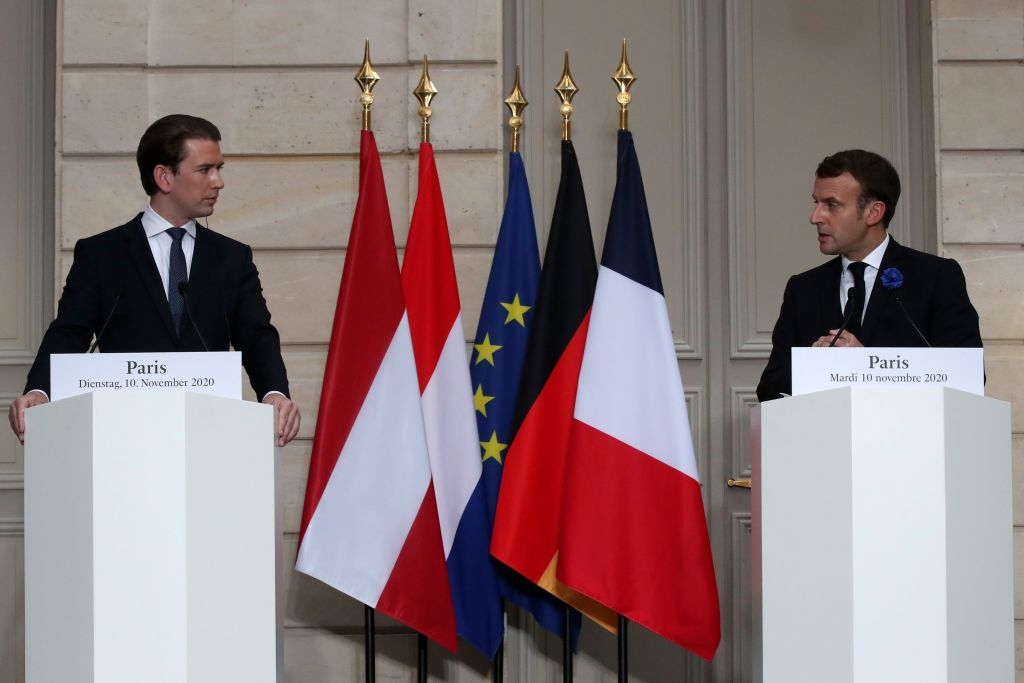 Haitham al-Haddad is a British Sharia Council judge, and sits on the board of advisors for the Islamic Sharia Council. Regarding the handling of domestic violence cases, he stated in an interview, "A man should not be questioned why he hit his wife, because this is something between them. Leave them alone. They can sort their matters among themselves."

Proof Beyond Doubt: No Bi-Party Solutions in Progressive Chicago Politics

Chicago's Liberal Mayor Rahm Emanuel on Tuesday assured incoming high school students that they should not to worry about President Donald Trump ending the “Dreamers” program, saying Chicago Public Schools are a “Trump-free” sanctuary for all young illegal immigrants.

“To all the Dreamers that are here in this room and in the city of Chicago: You are welcome in the city of Chicago. This is your home. And you have nothing to worry about,” Mr. Emanuel told a group of freshman on the first day of classes at Solorio Academy High School, the Chicago Sun-Times reported.

“Chicago, our schools, our neighborhoods, our city, as it relates to what President Trump said, will be a Trump-free zone. You have nothing to worry about,” Mr. Emanuel said. “And I want you to know this, and I want your families to know this. And rest assured, I want you to come to school … and pursue your dreams.”

Chicago Public Schools CEO Forrest Claypool said the school system is a “sanctuary” for undocumented students.
“We do not allow federal agents on these grounds and in this building,” he said, the Sun-Times reported. “You are safe and secure here to learn, to grow and to pursue your dreams and we hope that you do so.”

Attorney General Jeff Sessions announced Tuesday that the Trump administration is ending former President Barack Obama’s Deferred Action for Childhood Arrivals program, known as DACA, which allowed illegal immigrants who came to the U.S. as children to be shielded from deportation.

This of course coming after a bloody Labor Day weekend in Chicago, a city being torn apart by violence, drugs and a lack of sound leadership